This year we are celebrating the EuroGames when some of the finest LGBTI+ athletes will be celebrating their sporting prowess. Yet the arena of sports hasn’t always been a healthy place when it comes to LGBTI+ visibility. By coming out, some key players have challenged conservative and unhealthy attitudes. 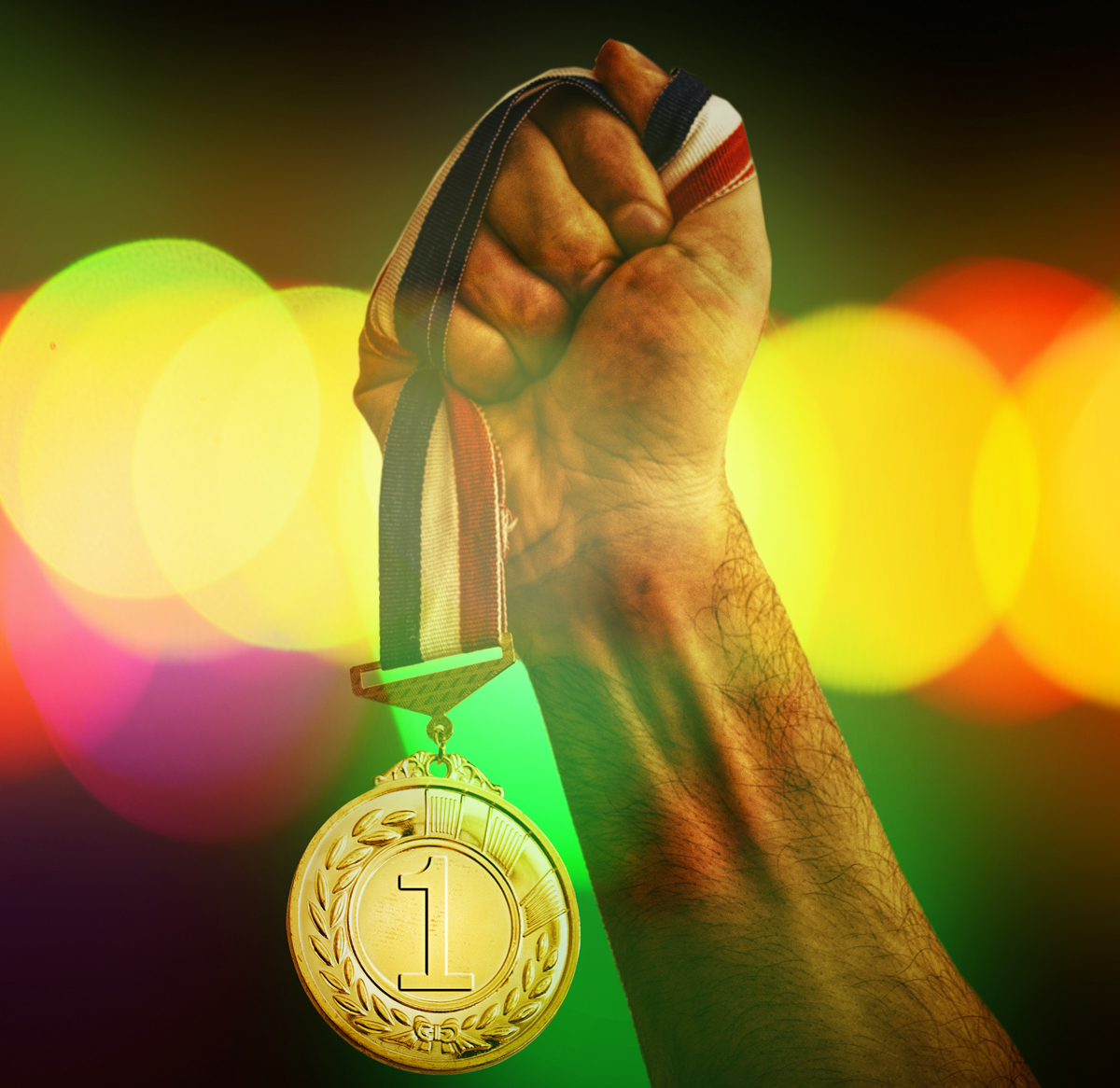 BILLIE JEAN KING
LEGENDARY TENNIS PLAYER AND WINNER OF THE BATTLE OF THE SEXES
Not only is Billie Jean King one of the greatest women’s tennis players of all time, having won 39 Grand Slam titles, she is also a dedicated activist for gender equality and gay rights. Famously she took part in the 1973 “Battle of the Sexes” against Bobby Riggs, who had claimed that women’s tennis was inferior and that even at his current age of 55, he could still beat any of the top female players. In a match that was watched by ninety million people worldwide, King won in three straight sets, winning $100,000. King was inducted into the International Tennis Hall of Fame in 1987 and is also the founder of the Women’s Tennis Association and the Women’s Sport’s Foundation. She also received the Presidential Medal of Freedom from President Obama. She is also Honorary Lifetime President of the Elton John AIDS Foundation, with the singer famously writing Philadelphia Freedom in honour of her tennis team, The Philadelphia Freedoms.
PARINYA CHAROENPHOL
THAI BOXER, ACTRESS AND MODEL
Parinya Charoenphol (also known as Nong Toom) is a Thai boxer who made a name for herself fighting as a “kathoey”, which is a Thai word for a pre-operative transgender woman. As a child she spent a short period as a Buddhist monk, before training as a boxer.She went on to grab a lot of attention as a 16-year-old wearing make-up in the ring, often defeating and then kissing a larger, more muscular opponent. With 20 wins and 18 TKOs she underwent gender affirmation surgery at the age of 18 and has gone on to be a model and actress. Aware of her gender-identity from a young age, she challenged gender stereotypes. She has since opened her own boxing camp and currently teaches Muay Thai and aerobics to children at the Baan Poo Yai School.
EDÊNIA GARCIA
THREE-TIME PARALYMPIC MEDALLIST AND CURRENT WORLD CHAMPION

Edênia Garcia is a Brazilian Paralympic swimmer who specialises in backstroke and has won multiple World and Parapan titles, including three Paralympic medals. She came out as lesbian during the 2019 Parapan American Games. In an interview with the International Paralympic Committee she said: “Being a lesbian and a person with a disability is a double challenge, as you carry the stigma of being invisible. Many people think that a woman with a disability doesn’t have an active sexual life, let alone that this woman may have many sexual orientations. Therefore, she’s only seen as a limited body – which is not true!” With a congenital condition, swimming became a treatment and then a sport she would participate in for almost three decades. Continuing to fight prejudice, she believes that “Sport is a transformative agent and we, athletes, can be a fundamental part of social change.”

KUMI YOKOYAMA
ONE OF THE FIRST JAPANESE SPORTSPEOPLE TO COME OUT AS TRANSGENDER
Japanese soccer player Kumi Yokoyama, a forward in the National Women’s Soccer League in the United States, came out as transgender in June of this year. The 27-year-old, who plays for the Washington Spirit said they were able to come out in the US, where teammates and friends have been more open to gender and sexual diversity. In an interview on a former teammates YouTube channel, Yokoyama said “I am coming out now. In the future, I want to quit soccer and live as a man.” Being transgender is not legally recognised in Japan. Yokoyama made 43 appearances for the Japanese national team, scoring 17 goals. They also played for Japan at the 2019 Women’s World Cup in France. President Biden praised both Yokoyama and American Football player Carl Nassib who came out in the same week, becoming the first active player in the NFL to be openly gay.
ANJA PÄRSON
SWEDISH ALPINE SKIER AND MOTHER OF ELVIS
Former Alpine skier Anja is not only an Olympic gold medallist, she is a seven-time gold medallist at the World Championships and a two-time overall Alpine Skiing World Cup champion. Born in Umeå in the northeast of Sweden and with Sami roots, she was introduced to ski racing by her sister Frieda and trained by her father. After her huge success on the slopes, she came out as lesbian in 2012,revealing that she and her partner Filippa Rådin were expecting a child together. Their son, Elvis, was born on 4 July 2012, with a younger brother called Maximilian born three years later. The couple married in 2014.
MATTHEW MITCHAM
LEGENDARY AUSTRALIAN OLYMPIC HIGH DIVER
At the 2008 Summer Olympics in Beijing there were 11 openly gay athletes and only one of them was a man. Australian diver Matthew Mitcham won gold at the event with the highest single dive score in Olympic history. Originally competing as a trampoline gymnast, for several years he participated in both sports. When he came out in the Sydney Morning Herald ahead of the Olympics, he became the first openly gay Australian to compete in the games. He said then that “I don’t see sexuality as influencing my beliefs or opinions or perceptions of anybody, whether they’re gay, straight, bi, trans, experimental, I don’t care. I see it as a very uninfluential factor in people.” He said after the games he received many letters from gay teenagers and “and that was really nice, really humbling.”
NILLA FISCHER
TALENTED SWEDISH FOOTBALL PLAYER AND ADVOCATE OF WOMEN’S AND LGBTI+ RIGHTS
Swedish footballer Nilla Fischer is a former Swedish international football player and is an outspoken advocate of both women’s football and LGBTI+ rights. She represented Sweden in four World Cups and three Olympic Games, winning a silver medal in Rio. When she won the Diamond Ball as Sweden’s best female player in 2018, she said in her acceptance speech: “If I stood here today as a man, with the career I’ve had, I would never have to worry financially, nor would my children.” She married her girlfriend, Maria Micheala, in 2013 and was named LGBTQ Person of the Year in 2014 in Sweden. She has said: “As an athlete, I wish to prevent all forms of discrimination within sport, such as sexism, homophobia and racism. But above all, I wholeheartedly support everyone’s right to practise sports. For me it’s a human right!”
DUTEE CHAND
INDIA’S FIRST OUT ATHLETE
Dutee is an Indian professional sprinter and Olympian and the current national champion in the 100 metres event. She also became the first Indian athlete to openly come out as a member of the LGBTI+ community when she spoke about being in a same-sex relationship in 2019. At the time, her father told the Times of India that his daughter’s relationship was “immoral and unethical” and had “destroyed the reputation of their village”. As an athlete, it is not the first time she has faced controversy, having been disqualified from the Commonwealth Games and Asian Games in 2014 because of her testosterone levels. Refusing to subject herself to the hormone suppression therapy prescribed by the IAAF (now World Athletics) and the Olympic Committee, she went on to become the first athlete to challenge the “hyperandrogenism rules” going on to compete at Rio 2016.